Could the Canada Revenue Agency ruin your next trip to Vegas?

The Canada Revenue Agency (CRA) has implemented a new policy where “accused” tax evaders are subject to fingerprinting. Although the CRA has fingerprinted some accused tax evaders in the past, this new policy appears to make the practice mandatory. CRA agents will no longer be able to exercise discretion on when to fingerprint persons. The policy requires that fingerprints be submitted to the Canadian Police Information Centre (CPIC). 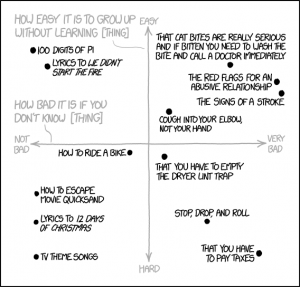 If I’ve paid my taxes, I presume this does not concern me?

It might. This new policy does not only extend to those who have been convicted of tax evasion, it also includes those who have been accused of tax evasion. A court conviction is not necessary for this to be submitted to the CRA. This means that if the CRA suspects that you have committed tax fraud, it is possible that they may require you to have your fingerprints taken and recorded with CPIC.

Why should I care if the CRA records my fingerprints?

It could have some serious implications for your next trip to Vegas. Although the CRA is doing this under the guise of deterring tax evasion, this overly broad policy could have  serious US immigration implications, especially in light of President Trump’s plans to more aggressively enforce US immigration law.

Tax Evasion is a type of crime under US law commonly known as a Crime Involving Moral Turpitude (CIMT). Such crimes are considered acts “…or behavior that gravely violates the sentiment or accepted standard of the community”. CIMTs first began appearing in US immigration law sometime in the 19th century.[1] In many ways, the concept still lives in the 19th century. For example, adultery was still considered a CIMT as late as 1982 and sodomy is still considered a CIMT (although in recent years it has been narrowly interpreted).

Tax evasion falls under the category of CIMTs known as Crimes Committed against Governmental Authority. These include a whole host of crimes which have the common element of trying to defraud the government or trying to circumvent the administration of justice. Ironically, immigration violations, other than claiming to be a US Citizen or holding a fraudulent US Passport or Social Security Number, are not considered a Crime Committed against a Governmental Authority.

So how will the U.S. even know?

Under an agreement between Canada and the United States, the Department of Homeland Security, which is responsible for the Customs and Border Protection Service (CBP), has access to the CPIC Database.

What if a court finds me innocent?

A person doesn’t necessarily need to be convicted to be barred from entering the US under US immigration law, a person can be barred from admission to the United States for simply having “the essential elements of a CIMT”.

With regards to tax evasion, “the essential elements” are that it was done willfully and with an intent to defraud the government.[2] It will be up to the traveler at that very moment to prove that they did not commit tax evasion “willfully” or “with the intent” to defraud the Canadian government.

The lack of a court conviction may not be enough to convince CBP you have not committed a CIMT. You will have to convince the CBP officer that the essential elements of a CIMT are not in place. If you are not able to do so, the CBP officer may deny you entry into the United States.

This policy effectively creates a conundrum where even if a person is found to be innocent of tax fraud by a Canadian court, that person could face considerable difficulties when crossing the border because of a prior accusation of tax fraud.

So what should I do?

If you have been charged with tax fraud or any other CIMT, you do face the possibility of being denied entry into the United States. Relief for individuals who have been accused or convicted of a CIMT can be found under s. 212 of the Immigration and Nationality Act. Under this section, the Department of Homeland Security can provide an inadmissibility waiver to potential travelers who might have committed a CIMT.