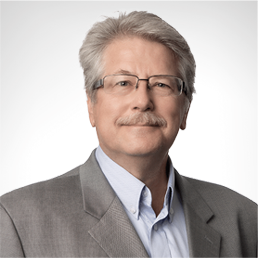 Gary still remembers the moment he inquired about playing for the men’s ice hockey team at Cambridge University in the UK. When the organizers found out he was a goalie who travelled from Canada with his own equipment, they immediately latched on to him and wouldn’t let him leave until he committed to play that academic year. That feeling of being a valued team member is one of the main reasons he signed on as Counsel in 2021. Gary knows that being an impact player comes with much responsibility, especially when preparing retirement and succession plans for his clients. He brings more than three decades worth of experience to the Moodys Private Client Tax team and has a solid reputation in the areas of Income Tax Planning, and Mergers, Acquisitions and Divestitures and is the initial point of contact for many clients in most areas of law. Gary also possesses a savviness with computers, making him a valuable (but unofficial) IT guy for our team. It’s no wonder that during his downtime, Gary enjoys building computers for himself and for his family and friends. He is also an avid short-wave radio collector and restorer and hopes this once popular pastime will someday make a comeback.