The demonization of small business and their advisors

On July 18, 2017, the Department of Finance released its private corporation tax “consultation” proposals with comments due no later than October 2, 2017; a mere 75 days later. When the proposals were released, I was on holidays with my family at Niagara-on-the-Lake. That day, and most of my summer since, have been anything but a vacation.

Before I get into the guts of my concerns, understand that tax is tough. Albert Einstein is credited with saying, “the hardest thing in the world to understand is the income tax.” Yep, I agree with old Albert. I struggle every day to keep up and understand the Income Tax Act, the Excise Tax Act, international tax law, the purpose of the provisions, the underlying social policy and the application of such material to real life facts and issues.

Tax is also one of those cocktail-party-type subjects where everyone has an opinion but most do not truly understand the true depths of complexity when it comes to their opinions. It would be like me speaking about medicine or engineering or carpentry or plumbing…you get the point. People who feel disparaged or expect better latch onto tax as a rallying call and our politicians have picked up on it. “Tax the rich!” or “the 1% need to pay more” or “tax loopholes need to be closed” all have intuitive appeal. The reality is that these phrases – and many more like them – simply add confusion and noise to already complex matters. For example, what is a “tax loophole?” In my world, it is a “nothing,” since practitioners and clients are forced to deal with – but more importantly comply with – complex legislation. One of Canada’s great young tax lawyers, Karen Stilwell, scratched the surface on what “loophole” means in one of her recent blog posts. It’s worth a read.

Over the years, I have had the pleasure to work with many of our country’s great civil servants at the Canada Revenue Agency and the Department of Finance. I’ve always admired the dedication of such people as they play an exceedingly important role in ensuring that Canada’s tax system works.

So, back to the proposals. In March 2017, the government signaled its intention to release a consultation paper looking at certain aspects of private corporation taxation. The announcement was rather benign. Then came the release on July 18…and it was shocking. To highlight some of the more inflammatory rhetoric contained in the documents:

As stated earlier, I was shocked. The Department of Finance had stooped to populist language in an anger-filled set of proposals clearly targeting all small business owners – large and small; despite the rhetoric of wealthy or high income earners – and the tax advisory community. In my entire career, I have never seen language like this coming from the Department.

I then started diving into the proposals. They are surprising in their complexity, pervasiveness, mean- spiritedness, rife with opportunities for double and retroactive taxation (even acknowledged as such in the material), outright massive tax increases for families and proposals that will cause significant problems for transfers of family businesses.

My heart sank since my perception was that the message from the government was disingenuous right from the start. These proposals are not about “closing loopholes.” These proposals represent some of the most significant tax policy changes in almost 50 years that will, if implemented, affect all private family businesses and their stakeholders. Such proposals will undermine or completely eliminate routine “planning” done by private corporations and their shareholders using decades-old law that had purposely been drafted as policy – not “loopholes,” into our Income Tax Act to help entrepreneurs survive and, hopefully, thrive.

So why did the government release such an angry document filled with populist language? I’m puzzled by their “strategy” to demonize small businesses and the advisory community. What is the upside? I recognize that such a release might appeal to those unfamiliar with tax policy and want to “tax the rich” by “closing loopholes” but our beloved Department of Finance knows better than this. I view such a release as intellectually dishonest and it will do nothing but cause the business community to feel inappropriately targeted and attacked.

In addition, if the Department of Finance, or the Liberal Party, wanted a lesson on how to alienate the tax practitioner community (which is clearly targeted with such rhetoric) then it definitely got it.  Without corrective action, the angry release has the potential to set back relations between the tax practitioner/business community and the government by decades. Some may actually say that’s a good thing: tax practitioners and government should not have a good relationship and should be adversarial.  In my view, that is a perception of the uninformed.

Ultimately, Canada’s tax revenues are dependent upon taxpayers self-assessing their income within the parameters of the law and correctly paying their taxes. Our system is so complex that many taxpayers – not all – struggle to comply with their obligations without the assistance of the tax practitioner community. While there are certainly some rogue tax practitioners (like there is within any profession, trade, business, etc.), the vast majority of tax practitioners are proud Canadians who strive to ensure that Canada’s system works, endeavoring to stay within the object and spirit of the tax law. Certainly, their role is to ensure that their clients’ interests are protected as well. There is no such obligation for taxpayers or their advisors  to ensure that they “pay their fair share – without exception”.  Frankly, that is populist nonsense. Instead, all taxpayers, rich or poor, need to comply with the law and that’s it.

So does the above mean that I’m advocating for the status quo? Hardly. Most tax practitioners recognize that our system could use some improvement. The last and most comprehensive Canadian tax reform study, The Royal Commission on Taxation, commenced in 1964 and released its landmark report in 1966. Such recommendations were thoroughly studied and debated with many elements of such recommendations being implemented into law in 1972. Today, the backbone of our current tax system is still the Commission’s many recommendations. Given the fact that the last comprehensive Canadian tax reform study was completed over 50 years ago, many people have been advocating for another and I agree. Our current tax system could use some modernization, simplification and overall improvement.

Instead of releasing dramatic tax policy changes full of angry rhetoric, wouldn’t a better approach by our government have been to genuinely and transparently engage the business, tax practitioner and academic community by commencing another “Royal Commission” to study our current tax system and strive for improvements overall? I think so, and in my view, it’s not too late for our government to do so.  There would likely be genuine buy-in from all stakeholders for such a positive reform initiative…and it would be intellectually honest.

Yesterday, our firm participated in a symposium attended by many of Canada’s great business organizations. All of the organizations are rightly concerned about the impact that such proposals could have on Canada. As such, I call on the government to do the right thing. Let’s use this opportunity to put some band-aids on the wounds of the business and tax practitioner community (that were caused by the release of the July 18, 2017 proposals) and commence the healing process by initiating a long overdue tax reform study (with a reform initiative longer than 75 days) that could produce recommendations – and ultimately legislation – that works for all Canadians. 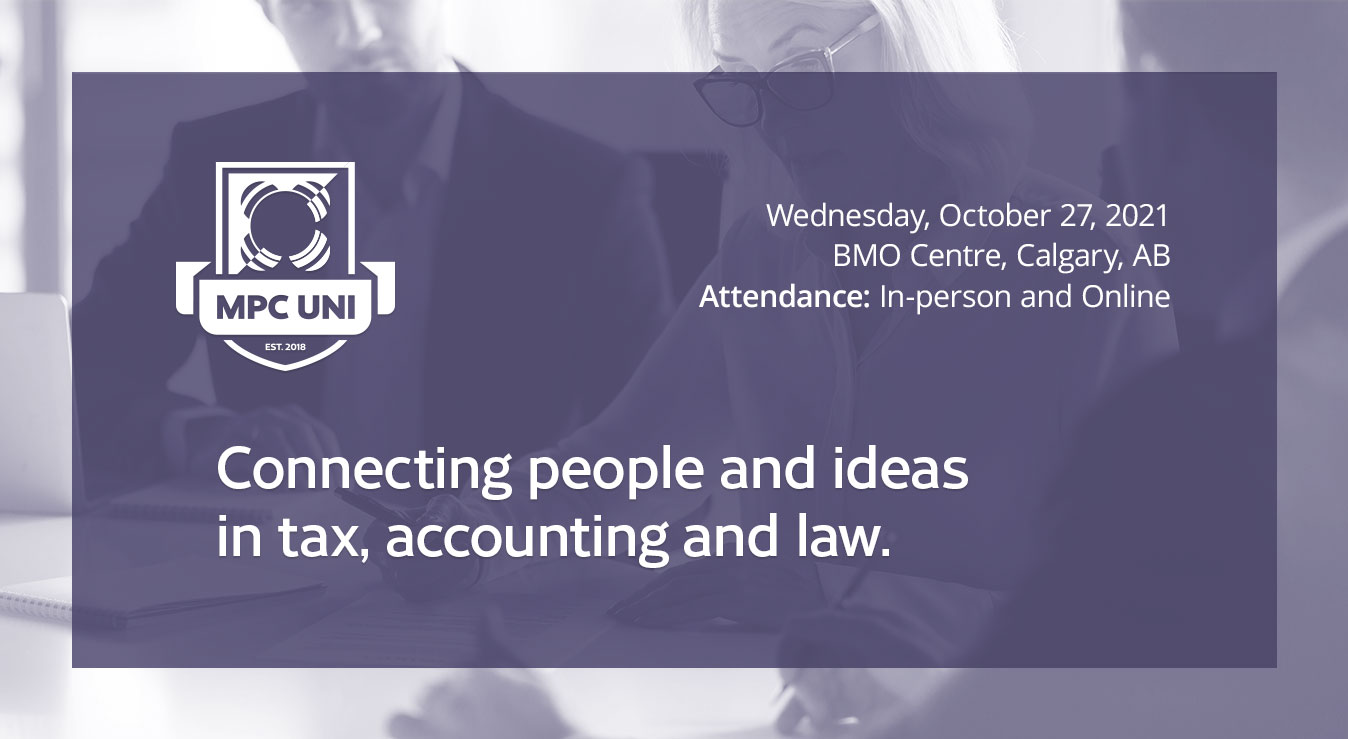